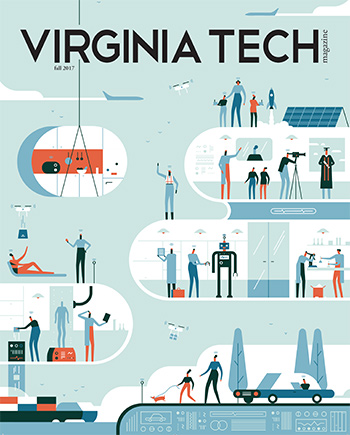 On the cover: From driverless transportation to cartridge housing and new forms of energy, building smart communities involves developing complex infrastructure focused on how we live, work, and play. Illustration by MUTI. 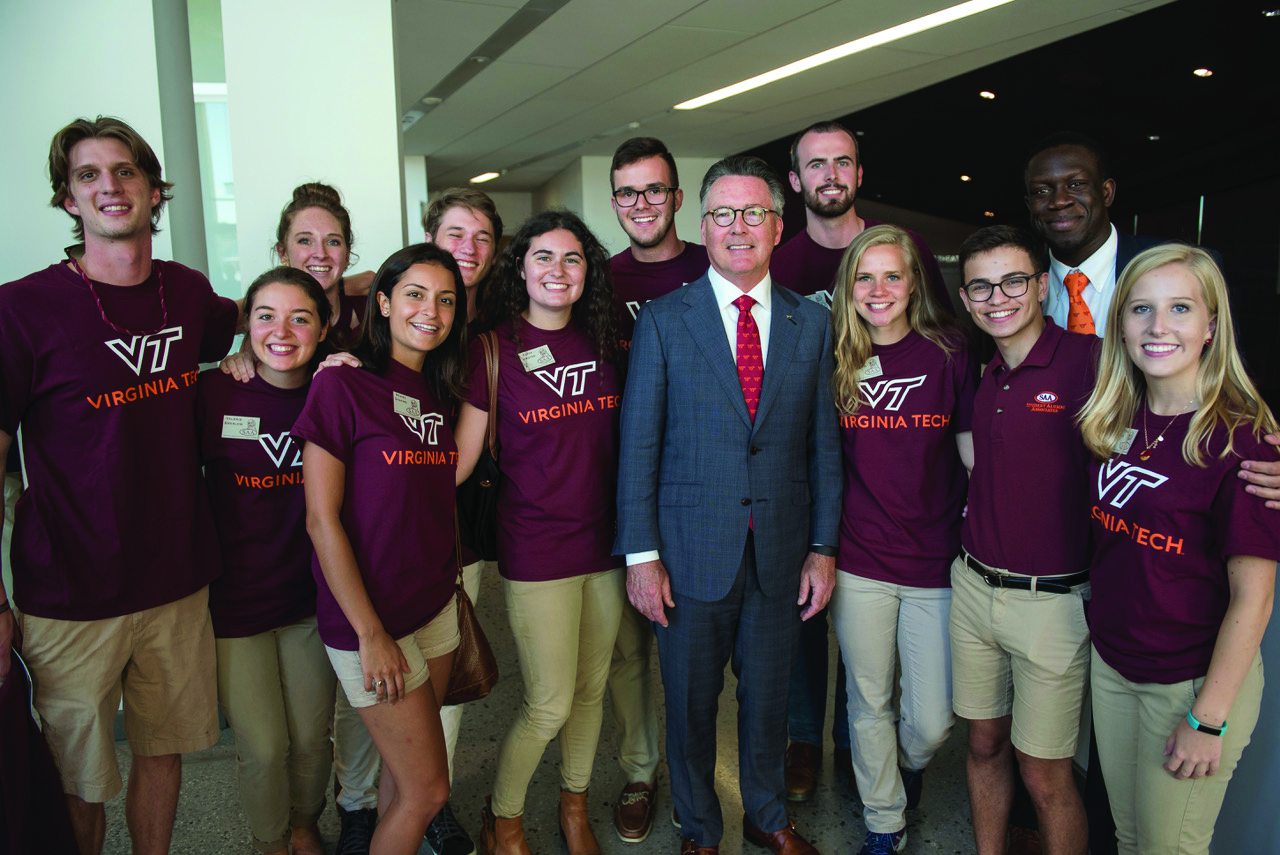 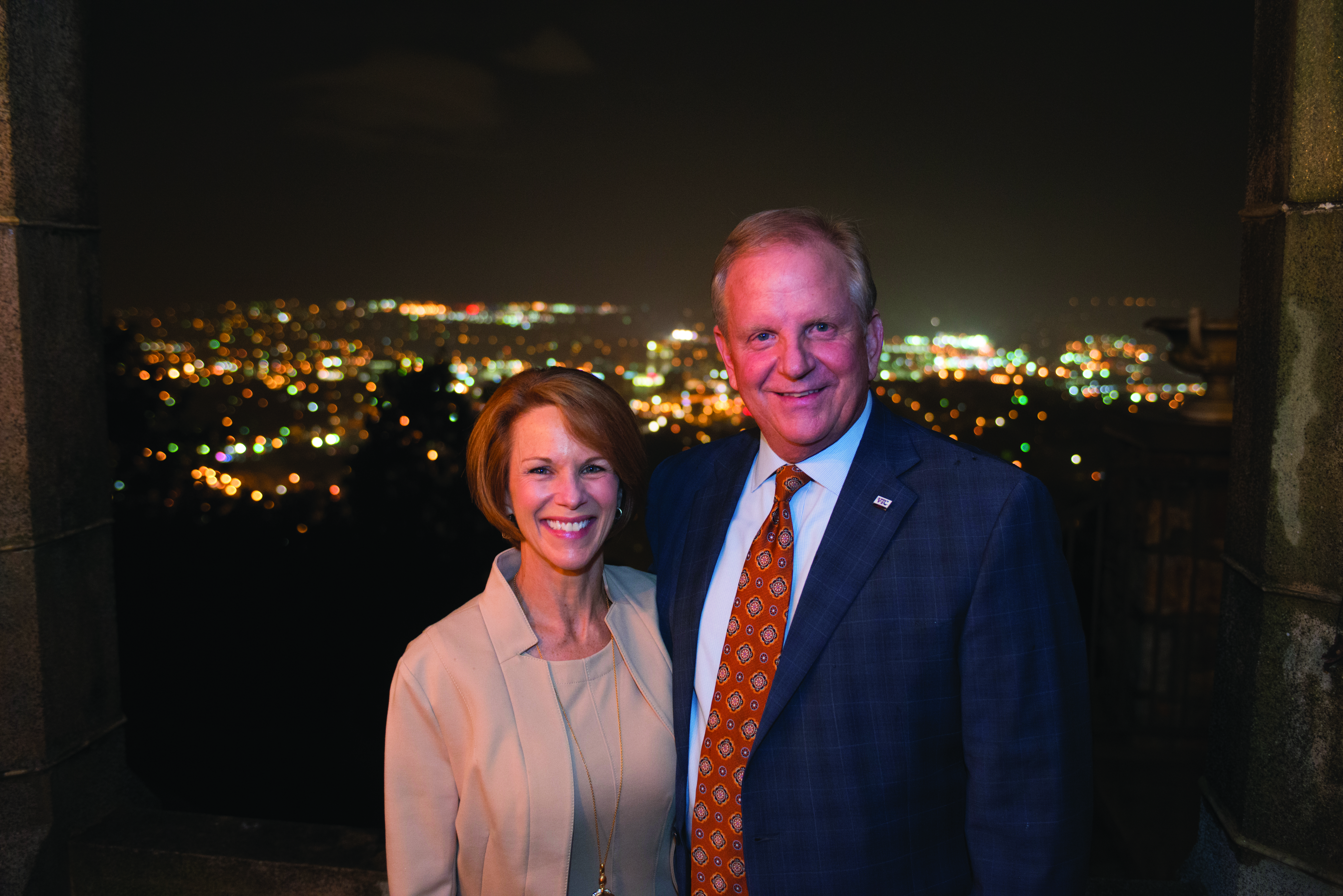 You help tell our story

You help tell our story 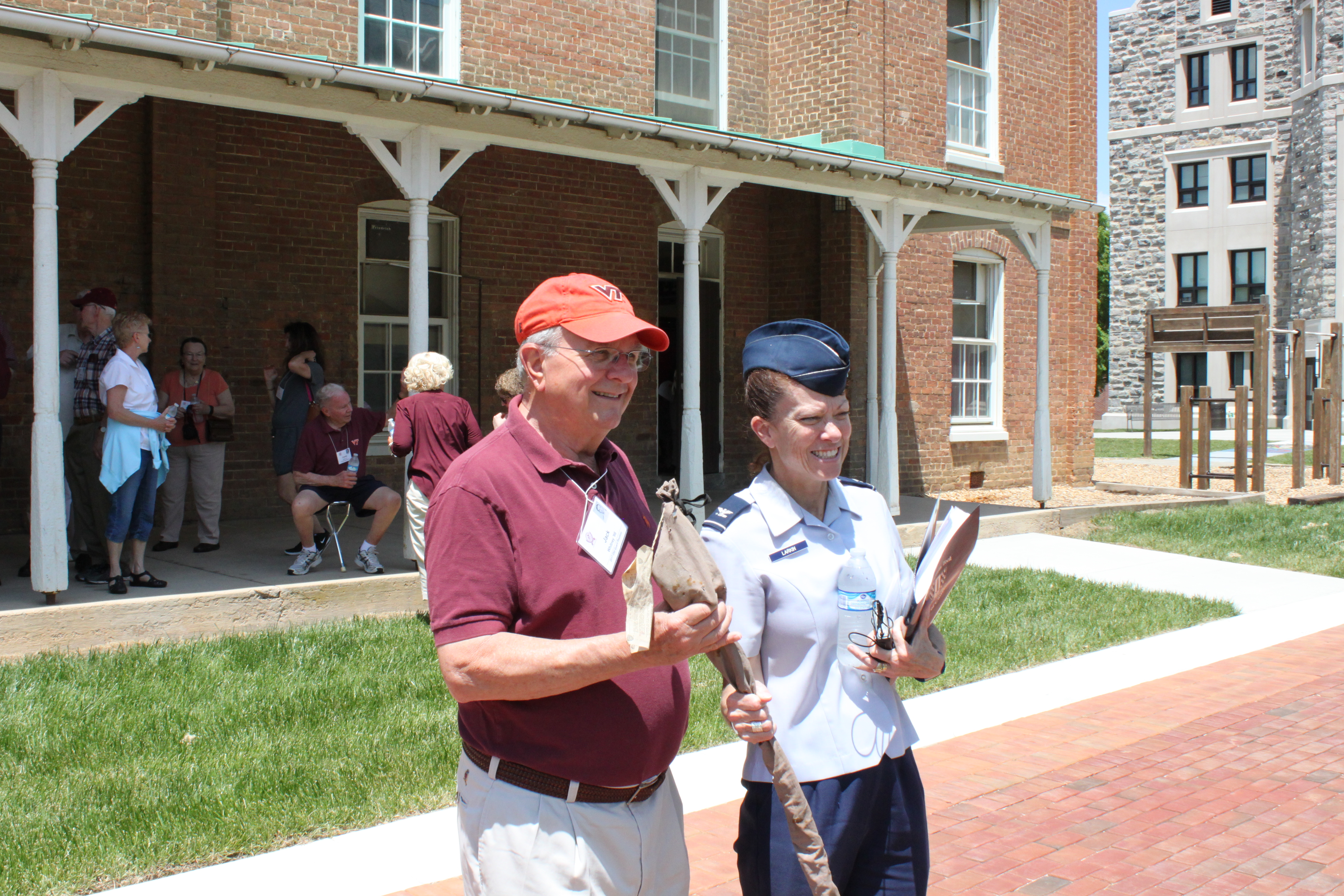 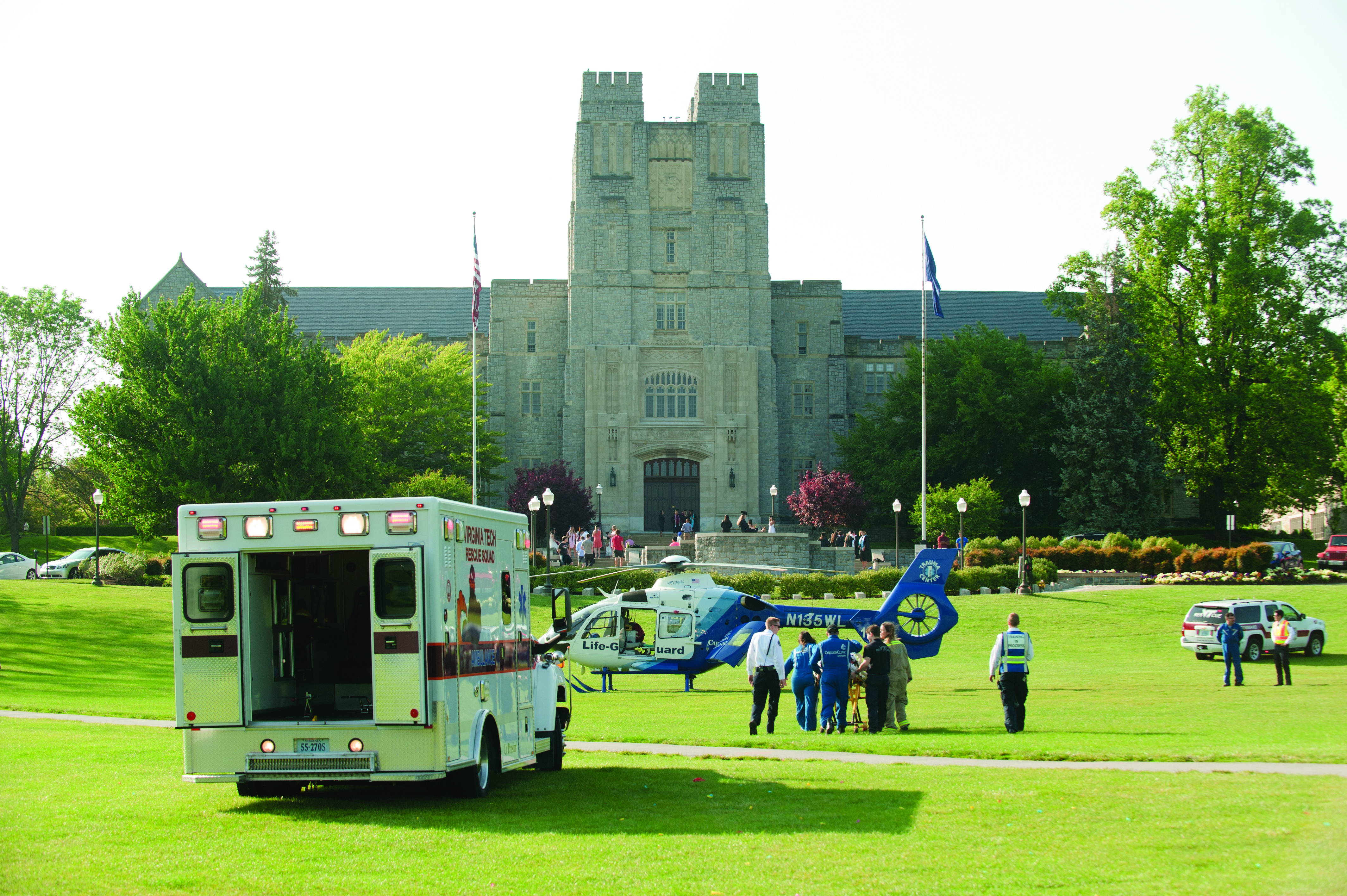 Members of the Virginia Tech Rescue Squad and other fire and rescue teams participate in a simulated crash demonstration. 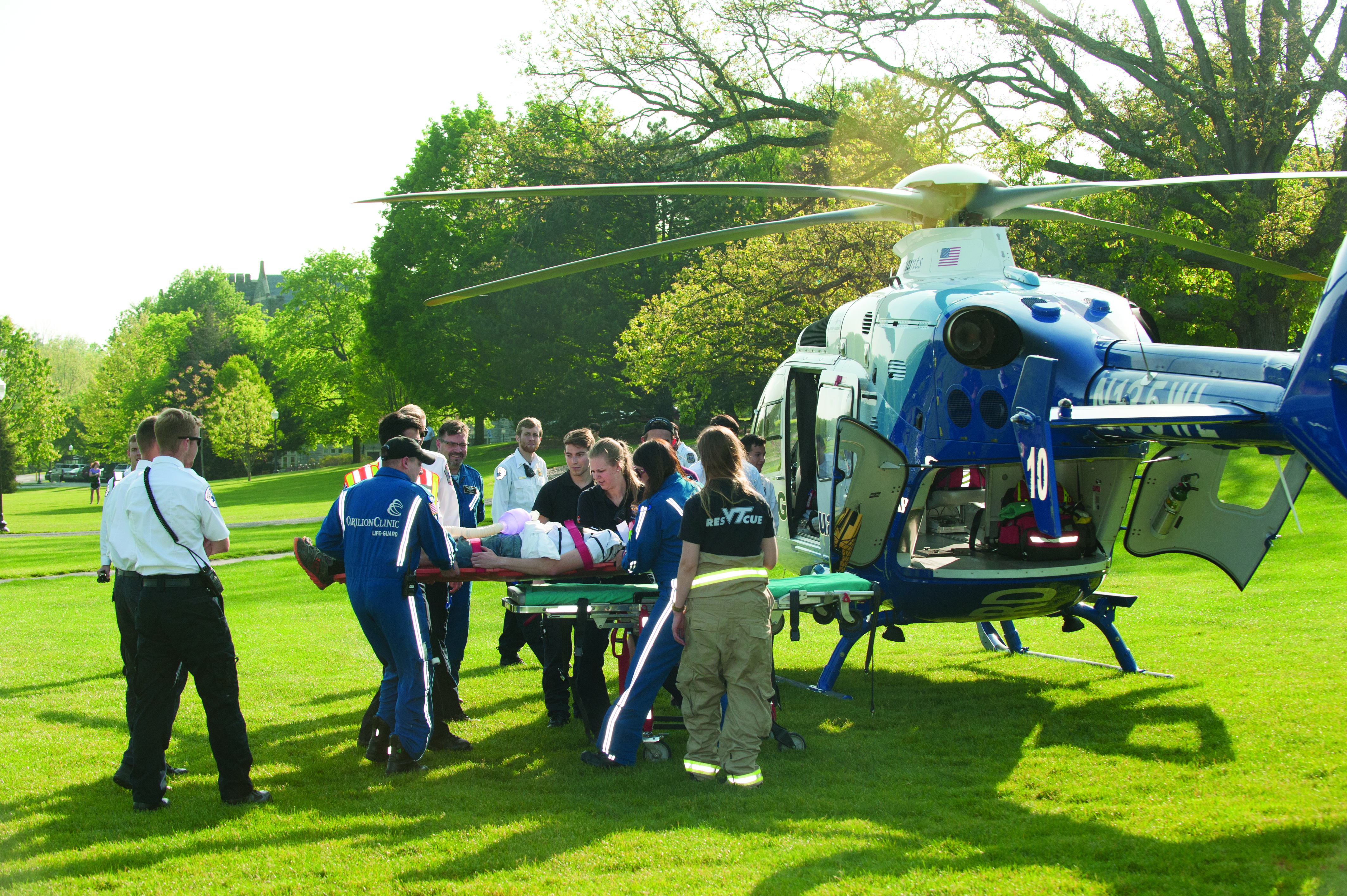 During a trauma drill, rescue squad members transfer a patient to a medical helicopter for transport.

The make-do, early months of the Virginia Tech Rescue Squad were more ad hoc than sophisticated.

Rejected for membership in a local first-aid crew, the four students who founded the Virginia Tech Rescue Squad (VTRS) had to persuade multiple layers of administration, including University Council (UC), to approve them as a student organization. While mounting a letter-writing campaign to UC members in May 1970, the four cruised campus during the unrest over Vietnam, putting out fires and helping anybody who needed aid.

In fall 1970, squad founders had no other members, no money, and no headquarters, so they recruited and trained the first cadre. Members drove their own cars to calls and were not allowed to transport patients. (It would take two years of determined lobbying to procure that first ambulance.) Cooperation with other area squads was minimal.

In 1971, denied permission to sleep or store equipment in their Ã¢ÂÂown roomÃ¢ÂÂ at 342 Squires Student Center, rescue squad members often stashed first-aid kits and other paraphernalia above ceiling tiles and discreetly napped behind closed doors, according to Bob Smallwood (biology Ã¢ÂÂ73), one of the squadÃ¢ÂÂs founders. 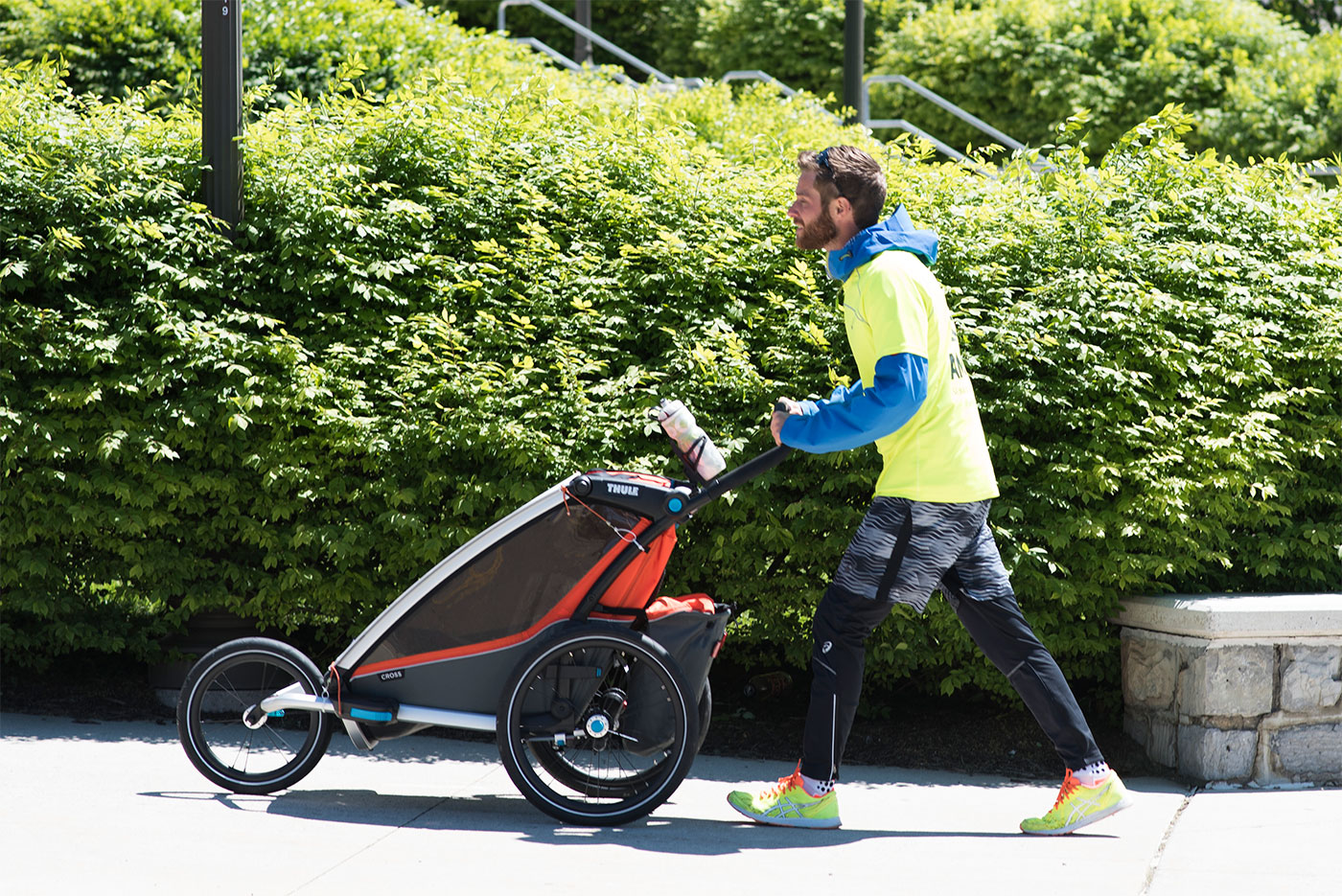 What began as a typical day on the practice court at Virginia Tech for then-senior Sebastien Jacques ended in a bout of dizziness that would not only change his game, but would profoundly affect his university experience and his life. 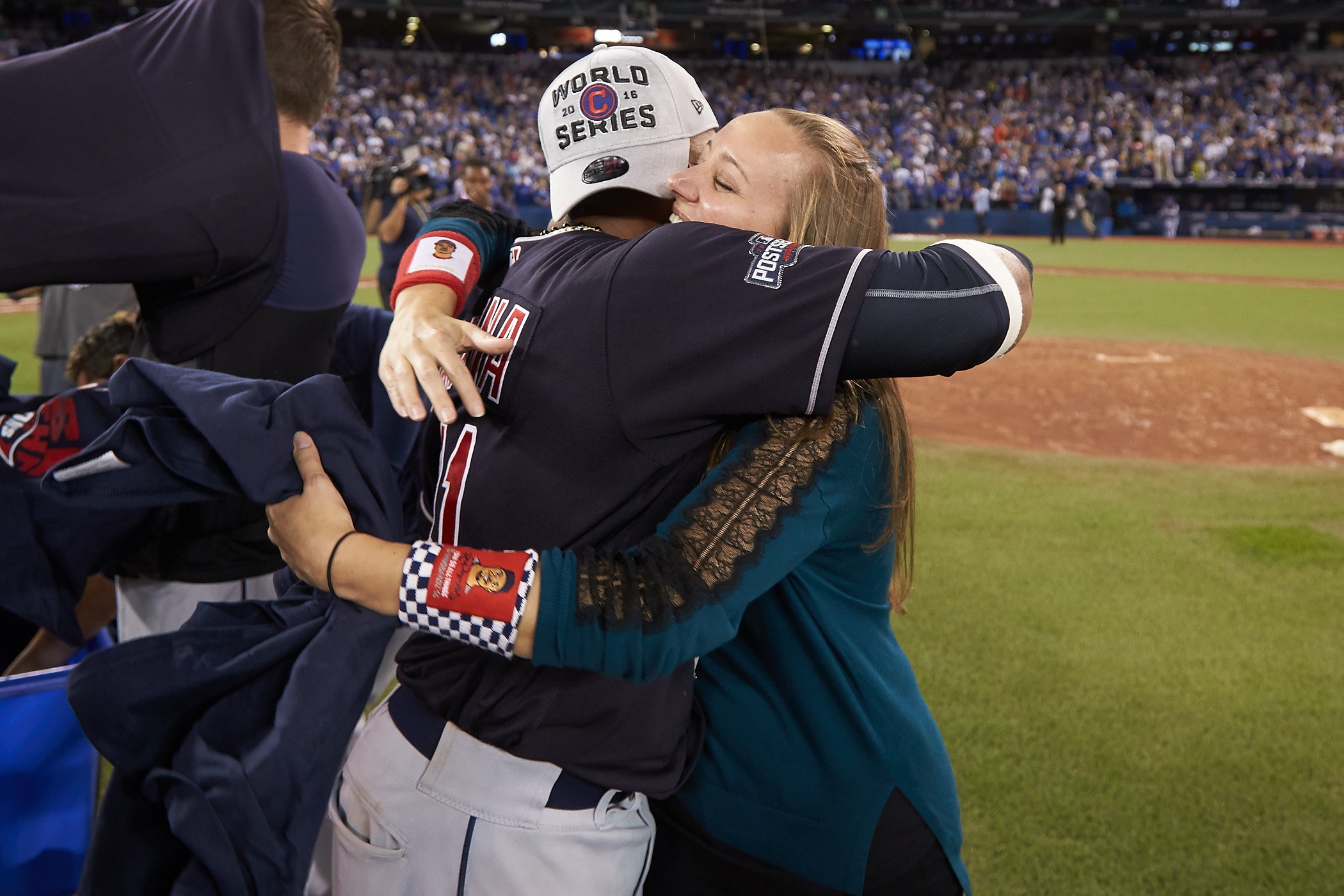 Translating on the fly

Anna Bolton Ã¢ÂÂ07 scored a dream job as the translator for the Cleveland Indians. Her role takes her from the teamÃ¢ÂÂs home base, Progressive Field in Cleveland, Ohio, to practice locations and major league venues across the nation. 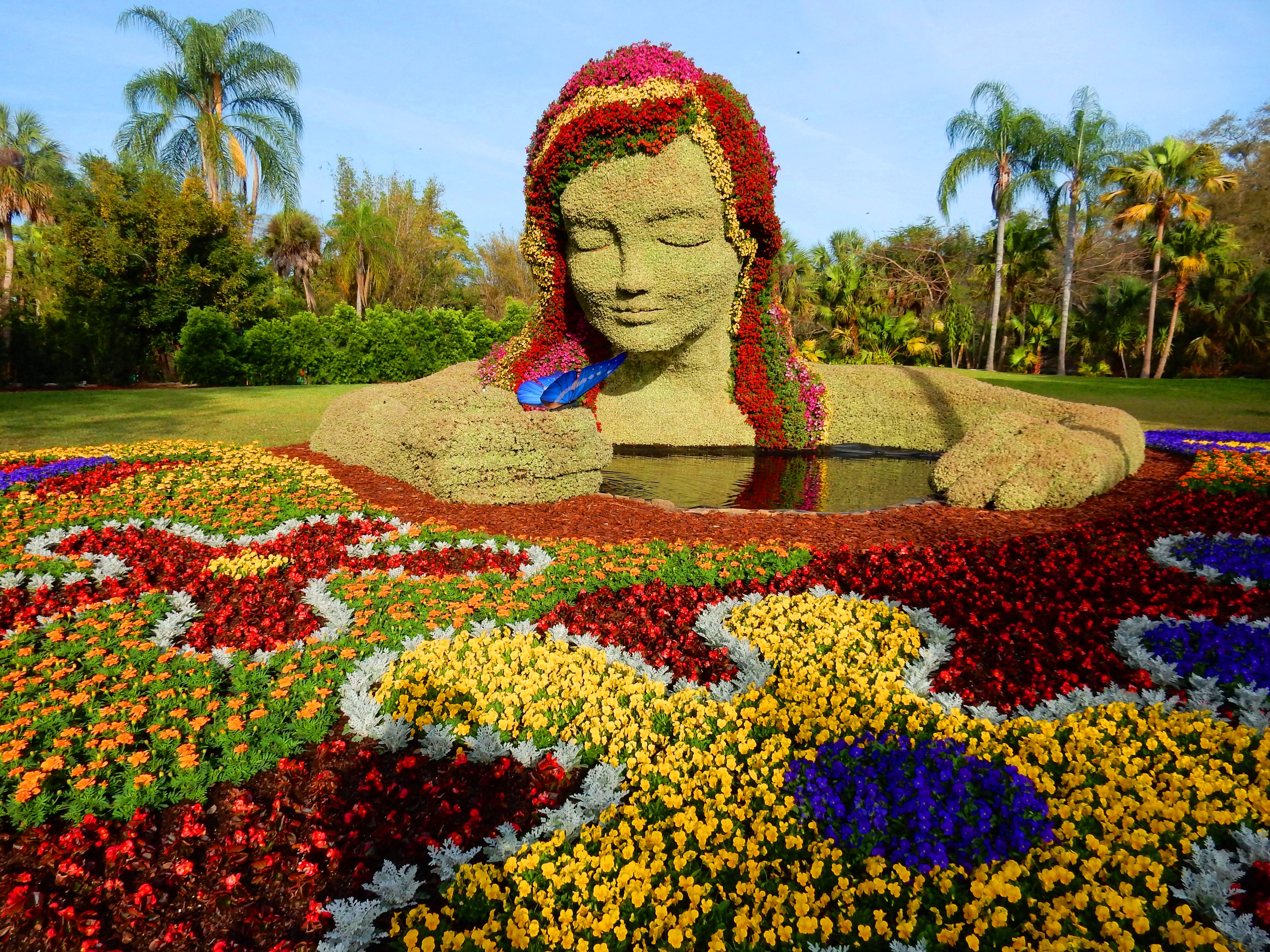 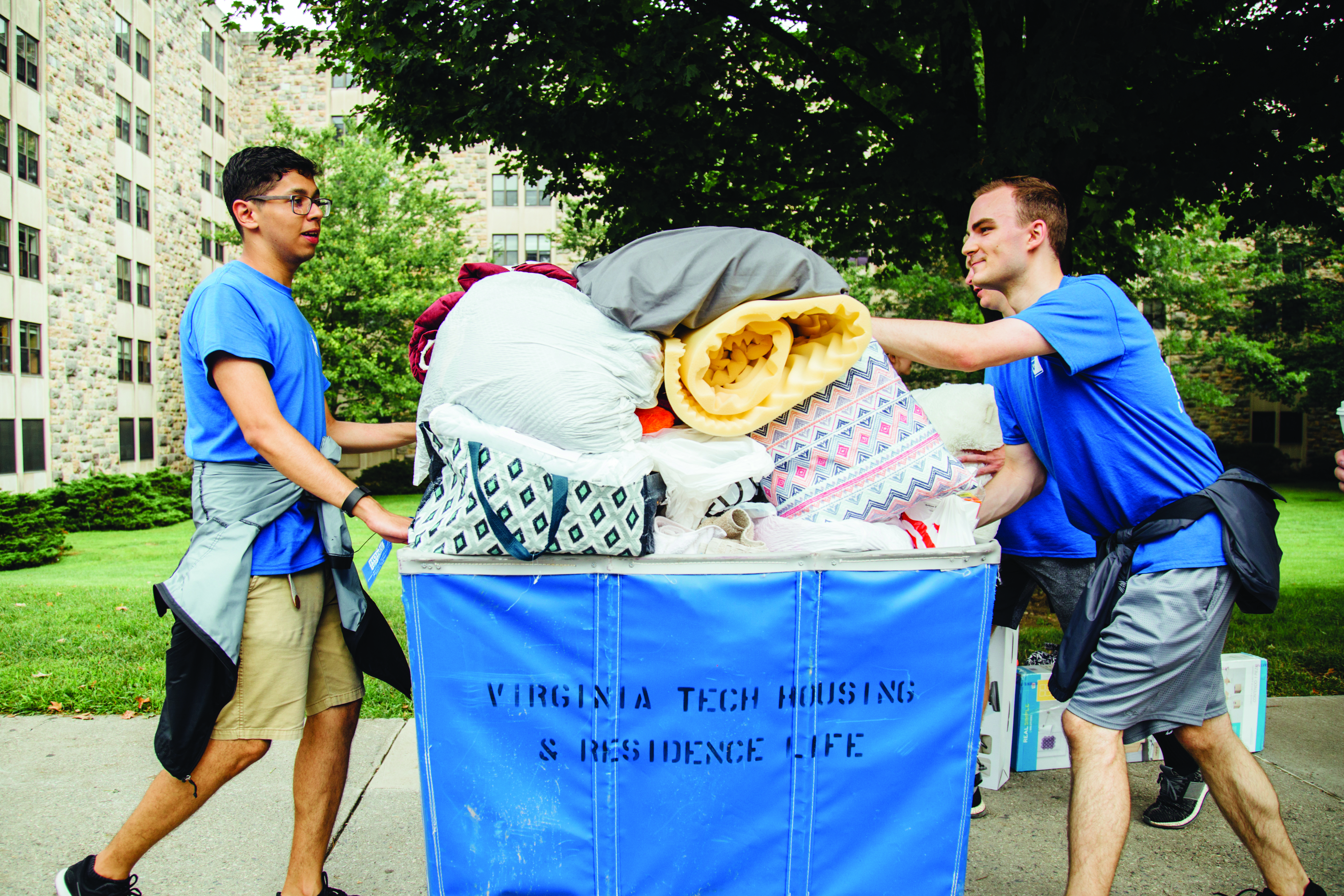 Imagine thousands of people stampeding toward residence hallsÃ¢ÂÂeager students anxious to begin a new semester, emotional parents who are not quite ready to say good-bye, and siblings plotting room takeovers. ThatÃ¢ÂÂs move-in at Virginia Tech. 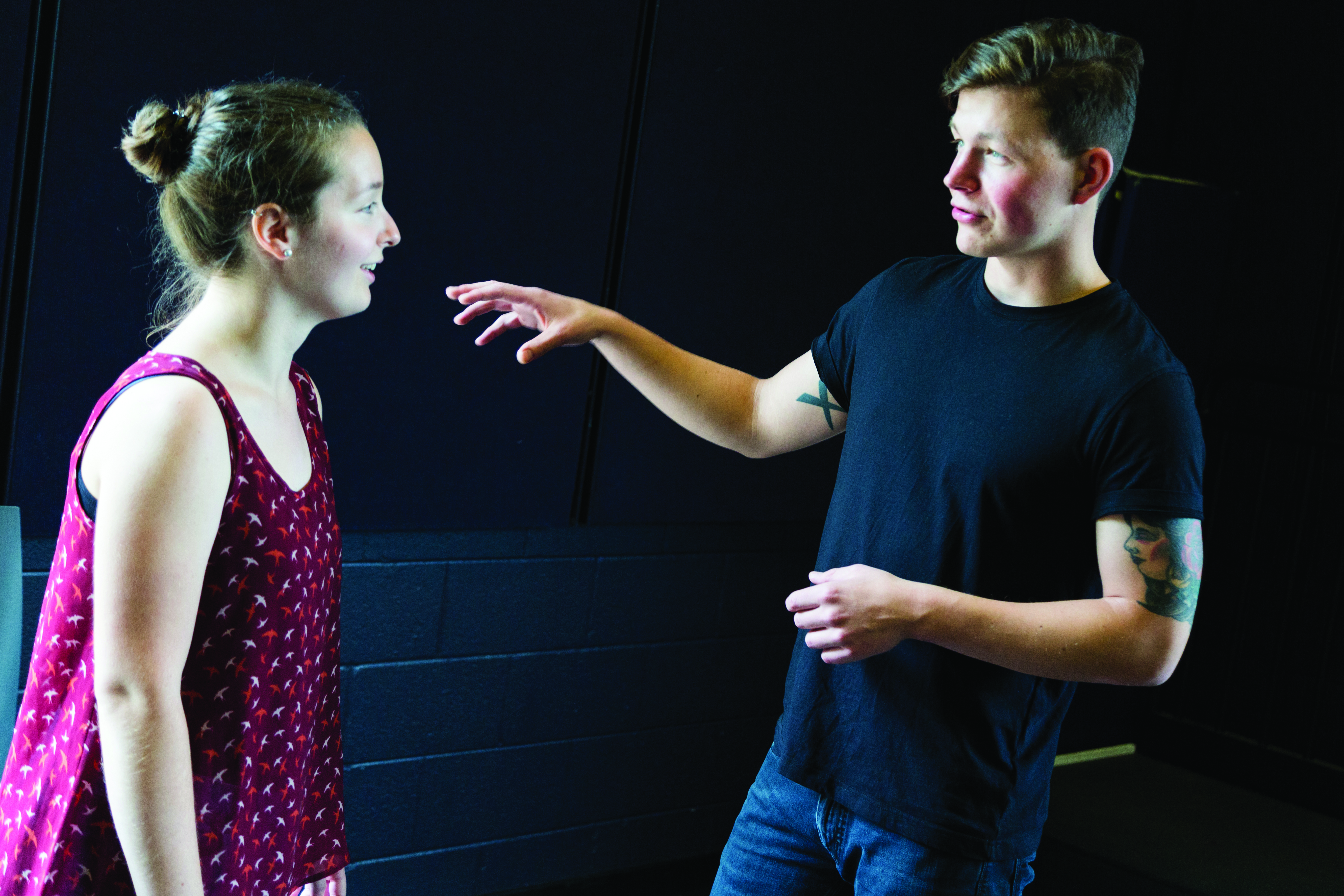 The art of communicating difference

Virginia Tech launched the Center for Communicating Science to create and support opportunities for scientists, scholars, health professionals, and others to develop their abilities to communicate and connect. 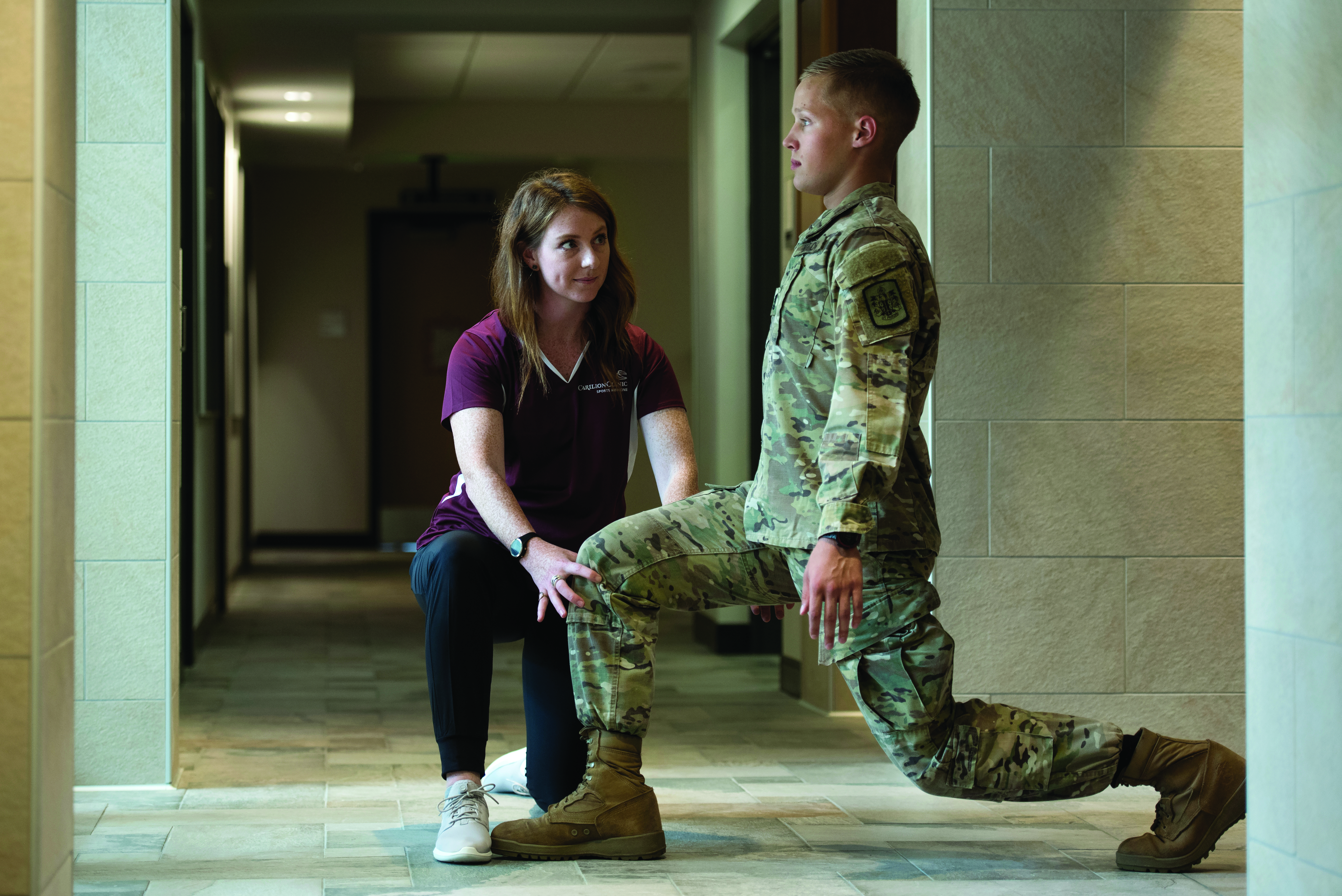 Physical fitness is a big part of cadetsÃ¢ÂÂ daily lives. Calleigh Fangmeyer is a certified athletic trainer employed by Carilion Clinic whose job is to help keep them training at their best. 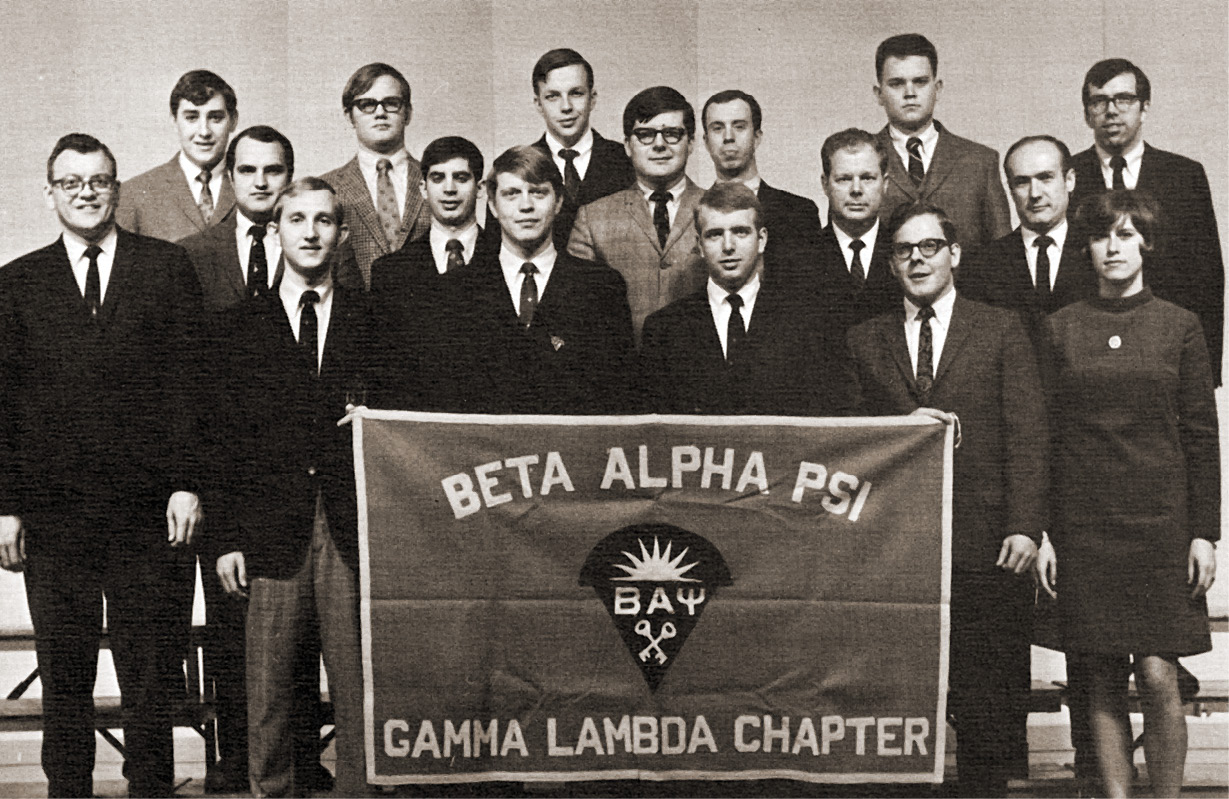 An opportunity to excel

Jorge Del Alamo was an English-challenged teenager with mixed emotions when he stepped off a Pam Am flight from Havana onto U.S. soil in 1961. Eventually proximity and affordability drew him to Virginia Tech. 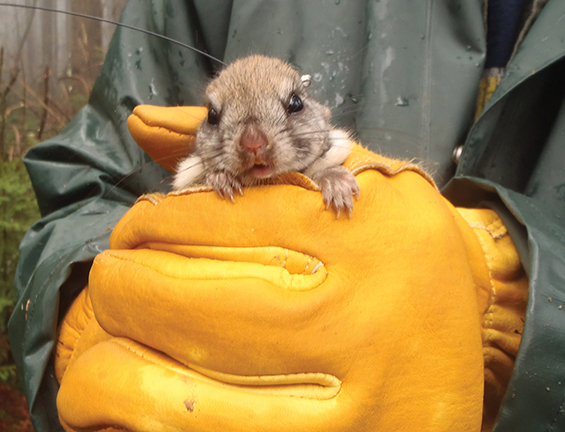 Islands in the sky 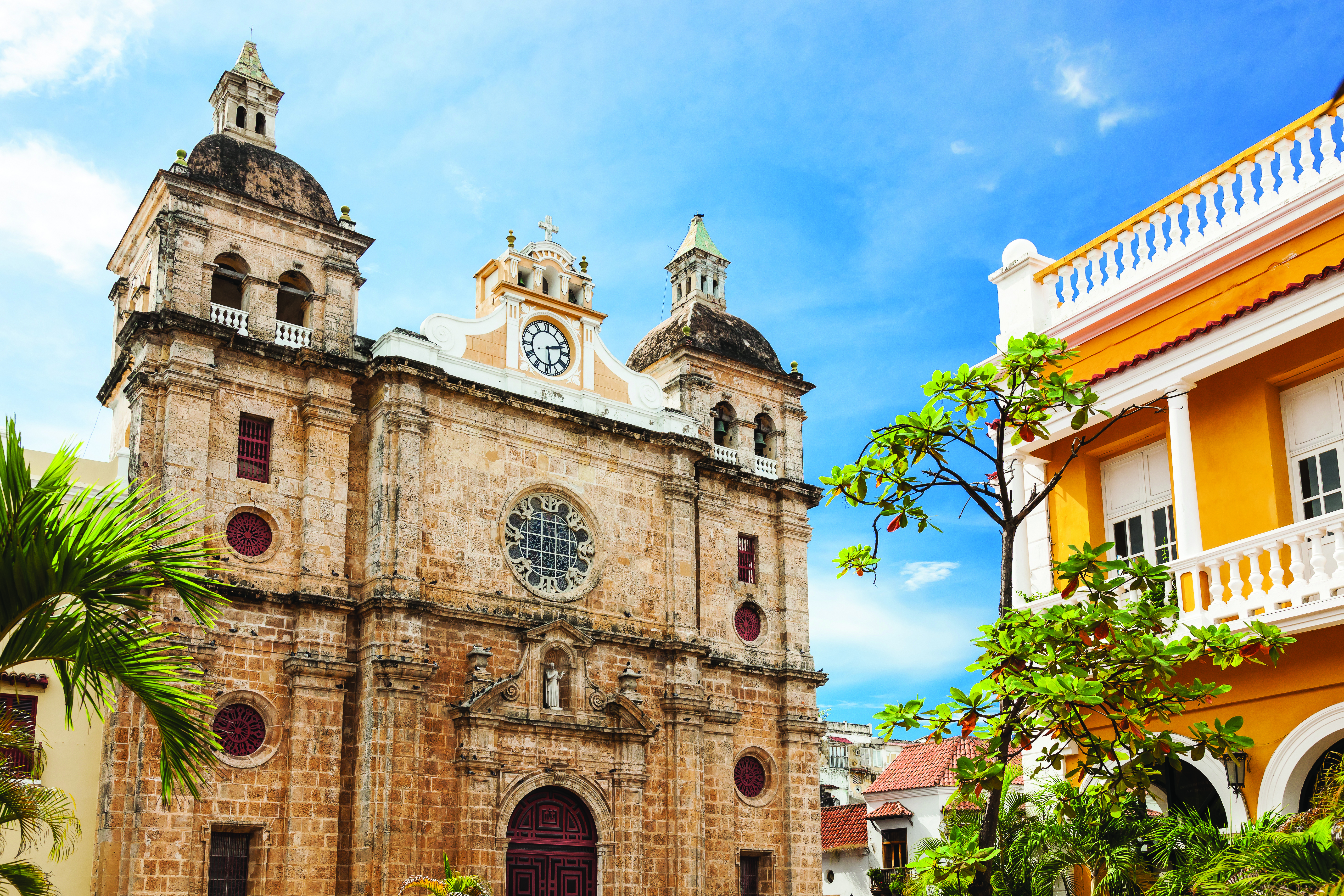 Join the Traveling Hokies on a journey of exploration, learning, and discovery on tours in 2018 offered through the Alumni Association. 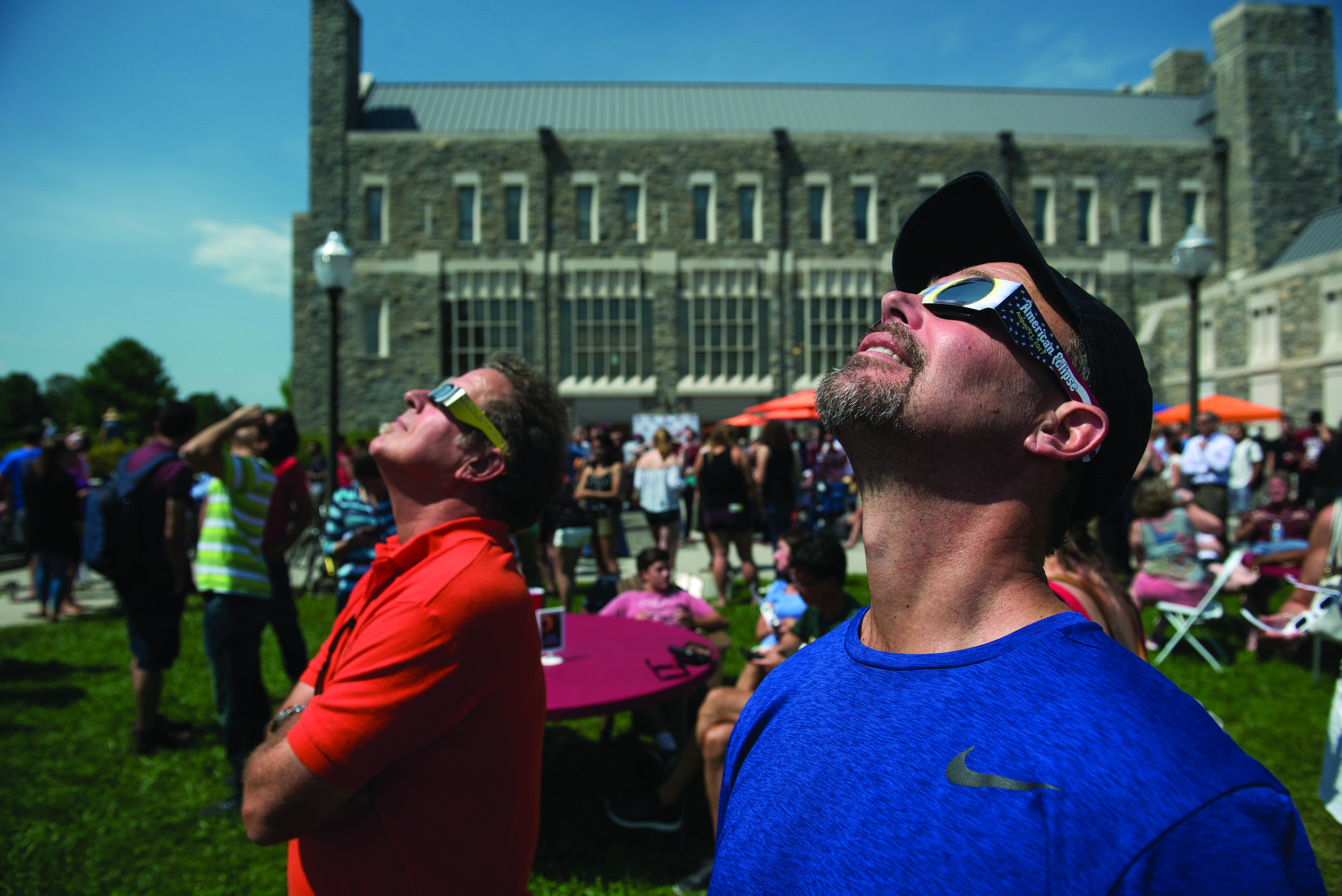 The Virginia Tech Alumni Association hosted a solar eclipse watch party on the Holtzman Alumni Center lawn. See photos and a video from the event. 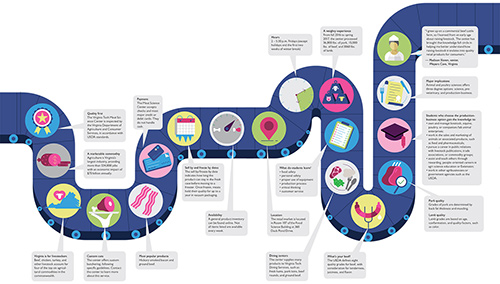 Beef, pork, and lambÃ¢ÂÂtheyÃ¢ÂÂre more than whatÃ¢ÂÂs for dinner. At Virginia TechÃ¢ÂÂs Meat Science Center, the products are part of a partnership of learning that connects students with the community. 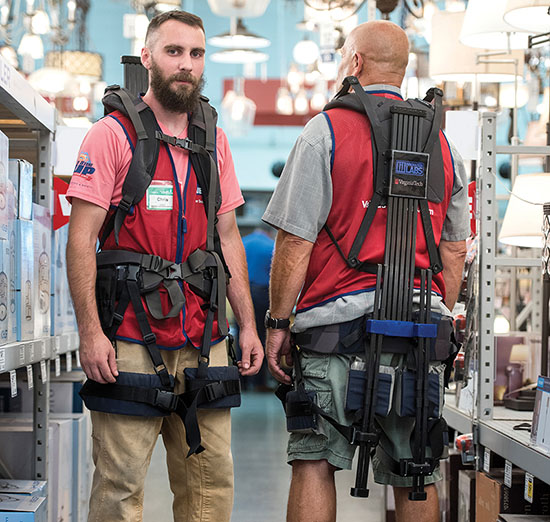 Innovation Labs at LoweÃ¢ÂÂs home improvement retailer joined forces with robotics expert Alan Asbeck in the Department of Mechanical Engineering to design a prototype of an exosuit to make lifting safer and easier.